Maanaadu is a time loop film, engaging, entertaining, and innovative from the word go. Abdul Khaliq travels by plane to Coimbatore to take part in his Hindu friend Moorthy’s wedding ceremony. He befriends Seethalakshmi, his co-passenger on the flight. On their way back from the wedding, they run into a man named Rafeeq only to learn that Dhanushkodi, a corrupt high-rank cop, and his subordinates try to assassinate the Chief Minister of Tamil Nadu during a grand political gathering. Somehow, Abdul Khaliq and his friends get involved in the affair but his task to prevent the CM from getting murdered is complicated by the fact that he finds himself caught in a time loop … and quite oviously, he is not the only one.

Venkat Prabhu, born in 1975 in Chennai, has worked as an actor, director and playback singer in the Tamil film industry. His father, Gangai Amaren, is a renowned music director. Prabhu, after completing his education, began pursuing an acting career, with his first three ventures, featuring him in a starring role, failing to release, following which he began appearing in supporting roles. He stepped into the limelight for the first time when he turned director with the summer hit Chennai 600028 (2007). He achieved further commercial successes with his films Saroja (2008), Mankatha (2011), Biriyani (2013), Vizhithiru (2017) and Party (2018). 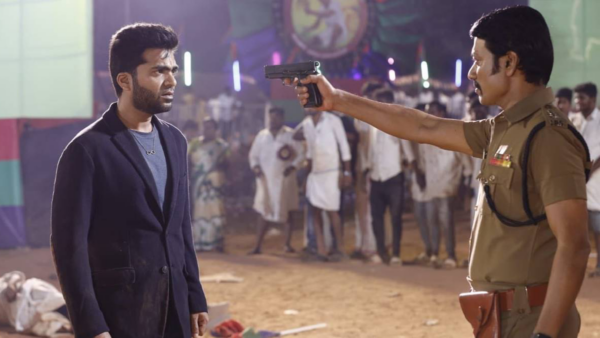