Saiful is an impoverished ambulance driver, who finds himself in an impossible situation, as he has migrated to Dhaka to earn the livelihood of his and his family. His lust has led him into a marriage with a woman he slept with, who now asks him for money also. Furthermore, her brother, who has taken a loan to open a failing barbershop, is on his heels, and is not reluctant to use violence. Back in his hometown in the Jonma River basis, his family, including his wife and young daughter, are facing their own problems, as the water has flooded everything. They need Saiful to get back, but he cannot do so. As time passes, the situation deteriorates even more.

Born in Rupatoli, Barishal, a city where the Kirtonkhola river runs through its heart. Mohammad Rabby Mridha moved to Dhaka in 2007 and started his film career in 2015 with a TV commercial for a fashion brand. Henceforth, he made a lot of TV commercials and music videos. No Ground Beneath the Feet is his debut feature film.

Abu Shahed Emon, the producer, will present the film in person. 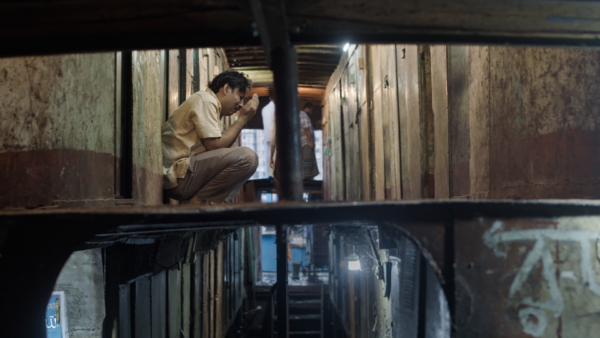 No Ground Beneath the Feet © Golpo Rajjo Films