A big reason why this film generated spectacular box-office results and earned favor the world over is that it mines nostalgia to give fans of 1980s and 1990s Hong Kong cinema something they’ve longed for: CHOW Yun-fat acting effortlessly cool in a crime action drama. The iconic international superstar has starred in some action or crime films since heading to Hollywood back in 1995, but few of CHOW’S roles since have resembled the larger-than-life screen heroes he once was known for. CHOW plays a legendary criminal called Painter, who recruits struggling artist Lee Man into his counterfeiting operation. Lee Man is talented at artistic mimicry but a failure at everything else, and his crumbling relationship with suddenly rising artist Yuen Man pushes Lee Man further into Painter’s embrace … The film garnered no less than 17 nominations at the 38th Hong Kong Film Awards, bagging seven of them in the main categories.

Felix CHONG
Born in 1968. CHONG is considered one of Hong Kong’s leading screenwriters, having written (together with Alan MAK) the internationally acclaimed Infernal Affairs trilogy. Moonlight in Tokyo (2005) was his directorial debut, also made together with Alan MAK, with whom he worked very often. CHONG continued to make successful films such as Once a Gangster (2010) or The Silent War (2012). His latest project as a writer and director is the 1980s crime epic Once Upon a Time in Hong Kong, due for release in 2023. 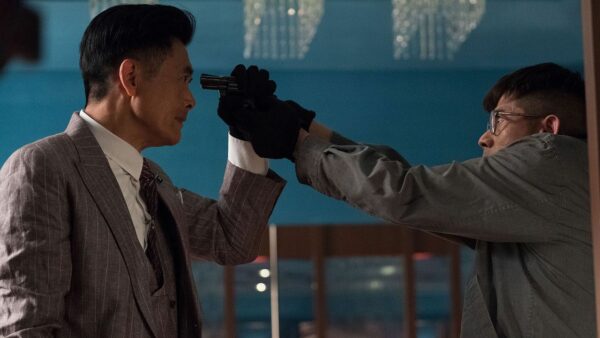