The Book of Fish
자산어보

In 1801, after a new king ascends the throne, scholar CHUNG Yak-jeon who had served the previous ruler with devotion is exiled to Heuk-san Island. Landing on the unknown territory with fears, soon he is amazed by the wonders of the sea and its stunning creatures. He meets Chang-dae, a young fisherman who is a huge admirer of Confucianism and has a profound knowledge about the marine life. Fascinated with his expertise, CHUNG decides to write a book about the creatures of the sea and asks Chang-dae to help him – in exchange for introducing Chang-dae to the teachings of Confucianism. With its very gentle, tender camera work in b&w, the story unfolds like a fairytale, meandering its way into our hearts. We get accustomed to the people in these remote times and territories effortless, almost unnoticed – like the people in the film, slowly but surely beginning to love each other.

LEE Joon-ik, born in 1959, is a South Korean film director and producer. He studied painting at Sejong University in Seoul but left early to become an illustrator and moved on to work in the film industry. In 1993, he founded his company CineWorld and directed his first film Kid Cop. He is best known for directing and producing Once Upon a Time in a Battlefield (2003) and King and the Clown (2005), the latter one one of the highest-grossing Korean films of all time. Other notable films include Sunny (2008), Hope (2013), The Throne (2015), and Dongju: The Portrait of a Poet (2016). 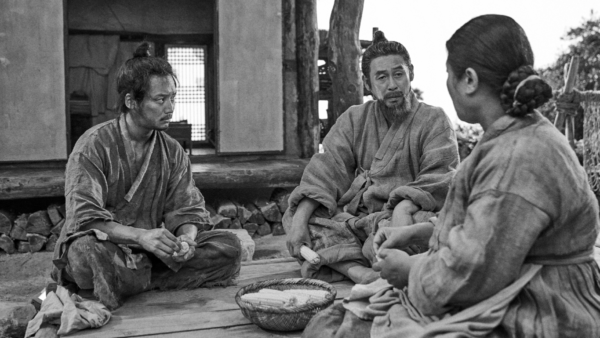 The Book of Fish © M-Line Distribution