Three vignettes, tied together by a rather rakish stranger named Kiru (SERIZAWA Tateto). He is a bit like the fool in a Shakespeare play, causing mischief and at the same time pointing to the truth by confronting the people with their sexual secrets. All of the stories revolve around a special dish, whether natto, mapo tofu, or ramen with extra backfat, creating an indistinguishable line between the hunger for food and/or for sex in the peculiar characters of the film. Kiru then leaves them in bewilderment, but almost always, his appearance is the push the person needed to find more truthfulness or fulfilment. A passionate plea for more pleasure in life, more lust! 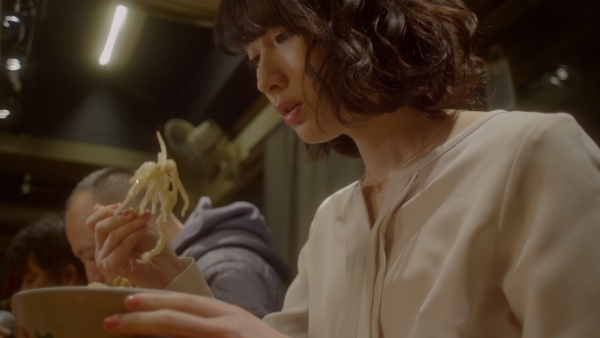